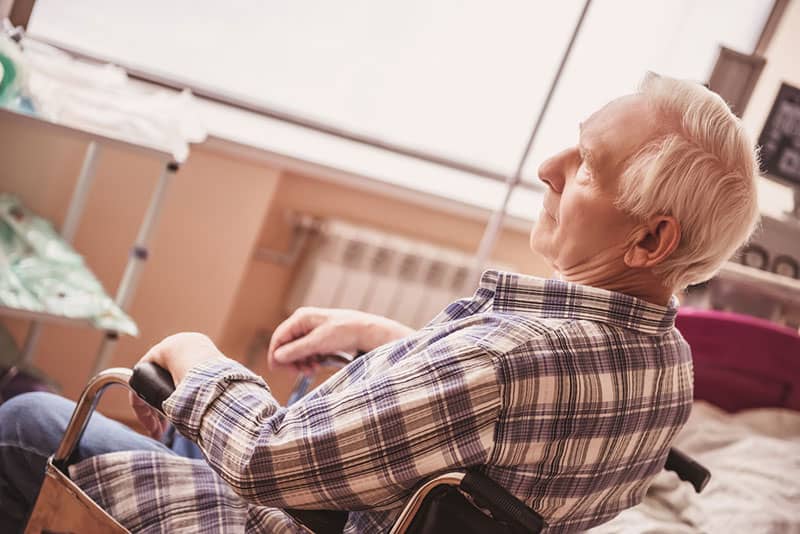 Alzheimer’s without a solution is scary—with this article I wish for you to understand that there is hope.

I had a patient with bad Alzheimer’s, bad enough that he would get lost going to the mailbox. He was living in an Alzheimer’s care center and his sister started bringing him to my office. He’d been a marathon runner and loved to run, and eventually, under my care, he got to the point where he was able to run a mile loop in the neighborhood around the care center! It wasn’t just me or the family seeing the improvement: one of the caregivers was in tears one day saying, “If only we had known Dr. Schmidt, maybe my husband would still be alive today.”

With this patient, we discovered three reasons he had developed Alzheimer’s:

These are all fat-deficiency causing practices.

The thing is, the body needs fat.

The brain and nervous system are made out of it!

All hormones are made out of fat.

The low-fat diet craze and the cholesterol-lowering drugs are missing the mark. He partook in those low-fat activities for 20 years and that’s how he got Alzheimer’s.

How does one maintain brain health with the attempt of reversing Alzheimer’s? We’ve outlined the correlation between Alzheimer’s Disease and nutrition.

Here Are The Five Steps:

Fish oil in capsules falls into this category, but better sources are fat from red meat, pork, chicken skin, chicken, eggs (eat the yolks!), butter, ghee, lard, tallow, suet. These are foods that used to be in our food supply but have been taken out systematically by conventional dietetics. The point: there are good fats and there are bad fats. The bad fats are man-made, including corn oil, safflower oil, margarine, Crisco; these are not found in Mother Nature and our bodies don’t know what to do with them. Go with the fats that you find in nature. For example, you could, hypothetically, go out, kill an animal, and eat the fat just like that. Our ancestors were hands-on in that way, and many other cultures around the world still are. You can’t, however, go out and press the seeds of the canola plant and get a cup of it and drink it—you would first need a factory and numerous chemicals to extract the oil, via many unnatural processes, before you could consume it.

I currently have an Alzheimer’s patient who has been eating high fat Keto for 3 years. She is maintaining.

3. Open Up the Arteries

How do we do this? At the office we use Cyruta. Cyruta is a supplement made by Standard Process, and it clears out the arteries.

The patient I mentioned above came into the office one day, and I told him to lay on his back on the table so I could do our testing procedure. He froze up. He stood there, looking back and forth—he didn’t know what to do. I had to help him by gently directing and pushing him down onto the table. During the visit, I found he needed cyruta. When his sister brought him back a month later, I said to him, “Lay on your back on the table,” and he went right down and laid on his back. He knew exactly where he was in space. He knew what to do based on what I had said. We’d opened up his arteries in four weeks and his brain was getting more nutrients that visit than it had been getting the month before.

“Junk” meaning bread, pasta, and white rice. All the nutrients are taken out of those products when they’re processed. The sugar part of the equation is extremely important. I have a guy I know with early Alzheimer’s, and we struggled for about a year before I really got hard on him. I asked, “are you eating sugar?” And his wife said, “Well, he’ll only eat, like, a cookie a day.” And I said, “You’ve got to stop that sugar.” And I said, “Every time you come in here, I’m working for you 100%, and when you go home, you’re only working for yourself 90%. You have got to stop the cookie per day.” I know, it doesn’t seem like a lot, but once he stopped that cookie, things really started to improve. He was able to tackle puzzles and able to build a bookshelf. A year earlier he wouldn’t even start a project like that because his mind couldn’t get him through the whole process.

There are supplements that are specifically for the brain. Two examples are RNA, a nutritional supplement you’ll find at most health food stores, and Bacopa, an herb. There are many good brain supplements out there—you can find them online. These supplements are the last step for a reason, so once the first four steps are in progress and under control, the brain supplements start to work.

And I’ll say this: I have not known of a pharmaceutical drug that will reverse Alzheimer’s. There are claims that some drugs will stop the progression of the disease, but I don’t believe it. You have to do it the natural way. The body is made from Mother Nature, it’s not made from drugs. It’s made from stuff you find in the Earth, not the stuff you find at Merck or at Pfizer.

Know that it takes at least a year or two using this method to see significant changes. It’s best to catch it early if you can. I’ve seen patients with Late Stage Alzheimer’s—my sister used to work at a late-stage Alzheimer’s care center, and that’s where you’ll witness people who are curled up like a child, and there’s no communication. Get your brain healthy and your nervous system healthy before it gets to that point. However, even when it’s really bad, there’s still potential to reverse it. I want to encourage you to not give up and to not be afraid.

I hope you’ve learned something about the proper diet for Alzheimer’s that you can apply to help you or your family members. Contact us for more information on an Alzheimer’s prevention diet.