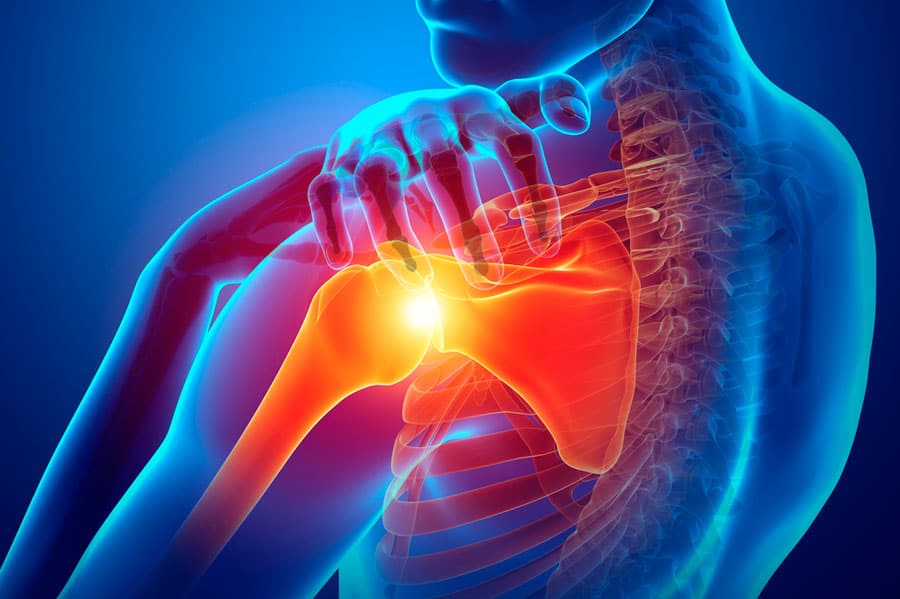 In 1989, an actor by the name of Daniel Day Lewis played the part of Christy Brown, a young man who was born with cerebral palsy who learned to paint and write with the only limb he could still control: his left foot.

Not surprisingly, the name of the movie was called “My Left Foot.” I, too, was involved in a personal saga involving one of my limbs. Though not as harrowing and inspirational a story as that of Christy Brown’s, I would still like to share it with you. My story is called, “My Left Shoulder.”

One year after My Left Foot debuted in theatres, I fell on my left shoulder while playing basketball on an indoor wooden court. It occurred while I was running at full speed leading a fast break and was cut off by another player running directly towards me from the left. This twisted my body and caused me to fall with all my weight directly on my left shoulder.

I remembered thinking…as I impacted the floor with the weight of my entire body directed into my left shoulder, and then sliding along the wooden basketball court about ten feet…that, at the point of impact, both my legs were off the floor and higher than my body! The end result was that I didn’t just fall on my left shoulder; I shattered the ball at the top of my upper arm.

I was told later (decades later) that after this happened I should have put my arm in a sling and allowed the shattered bone (then, soft as clay but held in place by the outer layer of the bone) to re-harden to its original pre-determined shape. Of course…this didn’t happen three days later I was out playing basketball again! This resulted in my shoulder hardening into a more flattened shape that didn’t at all fit into my shoulder’s socket.

Now permanently distorted, the ball began tearing up its own joint. Within ten years it was bone-on-bone and ten years later, in 2010, I had total shoulder replacement surgery.

This is the most severe of all the shoulder surgeries and the hardest to rehabilitate. Thankfully, I already had muscles turned back on from the original trauma by seeing several of my colleagues who specialize in Applied Kinesiology. By the time I saw the orthopedic surgeon almost all the muscles were turned on, and he remarked “how strong” I tested and he estimated I would get back 95-100% of my shoulder’s range of motion after the surgery. At this point in time, I have nearly 100% of my range of motion!

So, who am I? My name is Dr. Joel Vickers. I am a Chiropractor here at the Nutritional Healing Center of Ann Arbor and I use Applied Kinesiology as my primary diagnostic tool. Hopefully, by now you have read “Muscle Weakness From Trauma” found elsewhere on our website to better understand how Applied Kinesiology or “AK” can help restore your muscles back to their proper working order.

Call The Nutritional Healing Center of Ann Arbor at 734-302-7575 today to make an appointment with me today and let me help you feel better with Applied Kinesiology muscle balancing techniques that can help you use your shoulders again!