In chemistry, there is a group of elements that look similar but are not the same.

These elements are iodine, bromine, fluorine, and chlorine. They are in the same column in chemistry’s periodic table of elements that are called the halogens.

Drug makers attach these halogens to drugs because they help the drug cross through fatty tissues like cell walls. Without it, drugs would get cleared out of the body through the liver. With halogens, drugs bypass the liver. They could use iodine which is very nutritious, but they choose the other halogens so they can patent the new drug formula.

These halogens are very dangerous because they cause disease, and they push iodine out of the body whose deficiency is another cause of sickness. Many household products and medications have these halogens in the ingredients. Learn about low iodine causes and symptoms as well as how to increase iodine below. 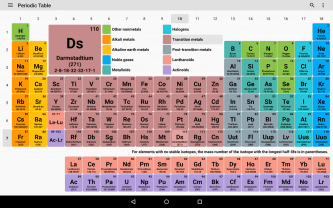 Fluorine is one of the most reactive elements in the universe. It is extremely toxic. Sarin gas is made from fluorine and is 500 times more toxic than cyanide, the gas used in the Nazi death camps. Sarin is so toxic; even Hitler wouldn’t use it.

Flonase and Flovent are two examples of asthma/sinus drugs made from fluorine.

There are 30 antibiotics made from fluorine. They are called Fluoroquinolones. They “are the most toxic and dangerous antibiotic in clinical practice today.”

“As many as 30−40% of agrochemicals contain fluorine.” – Chemical and Engineering News article entitled Fabulous Fluorine – June 2006

Other fluorine-containing products that are toxic and should be avoided include your tap water and toothpaste; just read your toothpaste label to find out for yourself how poisonous it is. There are hundreds of medications made from fluorine!

Here’s a link that lists over 300 pesticides made from fluorine.

Fluoride poisoning has the same 181 symptoms as iodine deficiency.

Low iodine can cause joint pain.

The painkiller Celebrex is made from fluorine and acetaminophen is made with chlorine.

85% of all pharmaceuticals contain or are made using chlorine.”  – Americanchemistry.com

There are many bromides or bromine-based medications on the market although they all need a prescription. One is for bladder dysfunction. The other is for a disease that causes muscle weakness. Both of these symptoms are related to an iodine deficiency and low functioning thyroid.

Besides medications, bromine is used as a fire retardant in mattresses, drapes, carpet, and TVs. It is found in food (pop and bread) and cosmetics.

The biggest source of bromine is bread. Instead of using the very nutritious potassium iodine, bread manufacturers use potassium bromate which is hazardous to your health. It has been proven to cause cancer in laboratory  (including thyroid tumors) animals for two decades. Bromate is banned in the UK and Canada but in the US the FDA has merely asked bakers to voluntarily stop using it. Also, yellow pop like mountain dew has bromated vegetable oil and that harms the thyroid tremendously.

What you can do for yourself:

Research has shown the average American needs 12mg to 50mg per day to replenish proper stores of iodine in the body. These quantities are thousands of times higher than the USDA recommends. These amounts are rarely found in health food stores or pharmacies. It is best to be properly muscle-tested for iodine levels in your body, then take the proper dose and be fully supported with other holistic therapies.

There is only one valid laboratory test that measures iodine content in the body. It’s called the iodine load test and has only been around since 2000. We have this test available at our office, or you can order it online, without a doctor’s prescription.

A medical doctor in Michigan named Dr. Brownstein has used that test on 5,000 patients and has shown that 75% of Americans are deficient in Iodine. He is the best resources for valid and reliable iodine research: http://www.optimox.com/iodine-research and www.drbrownstein.com.

This is a dirty secret of the pharmaceutical companies exposed for the first time in decades. Instead of replenishing iodine, we’ve been given the other halogens which are very poisonous.

Supplementing nutrients that you are deficient in is one of the smartest things you can do. It’s an investment that wards off the plague of surgery and medications that are sweeping our nation.

Iodine should be at the top of your list of vital nutrients to supplement. Others include omega-3 oil, vitamin D, and whole-food vitamin B.

Avoiding the five big toxins is essential too: white sugar, white flour, hydrogenated oils, msg, and the newest poison is known as GMOs or genetically modified food. It is imperative to buy your produce at farmer’s markets https://www.localharvest.org/ and natural/organic grocery stores.

To put it in perspective, Iodine deficiency is present in 75% of Americans and is linked with at least four cancers and 181 symptoms. It is a medical and health travesty that needs to be addressed by all doctors in this country!  According to www.optimox.com, there are only hundreds of doctors using the iodine load test out of 800,000 M.D.’s and chiropractors.

As a comparison, Vitamin D deficiency is in 98% of Americans and is linked to 17 different types of cancers but only about ten other symptoms – ouch. This also needs to be addressed. Your doctor must test you.

Make the right decisions. Go to the right doctors – the ones that prescribe medicine (or better yet recommend real food and nutrition) that is closest to nature. There’s a big difference in results when you compare the doctors who follow nature’s path versus the doctors that are prescribing what the last pharmaceutical rep was pushing during their free lunch. One results in improved function and better health the other results in suppressed symptoms and slow or fast demise.

Come to the Nutritional Healing Center for healthcare the way Mother Nature intended!  We have waded through the sludge of health data as seen on tv, in ads, drug commercials, multi-levels and profit-centered corporate propaganda. We discover the most important truths for your benefit and have discarded the false and unimportant data so you can get well and be happy, strong and remain physically young for a long time.

Yours In health,
Dr. Schmidt