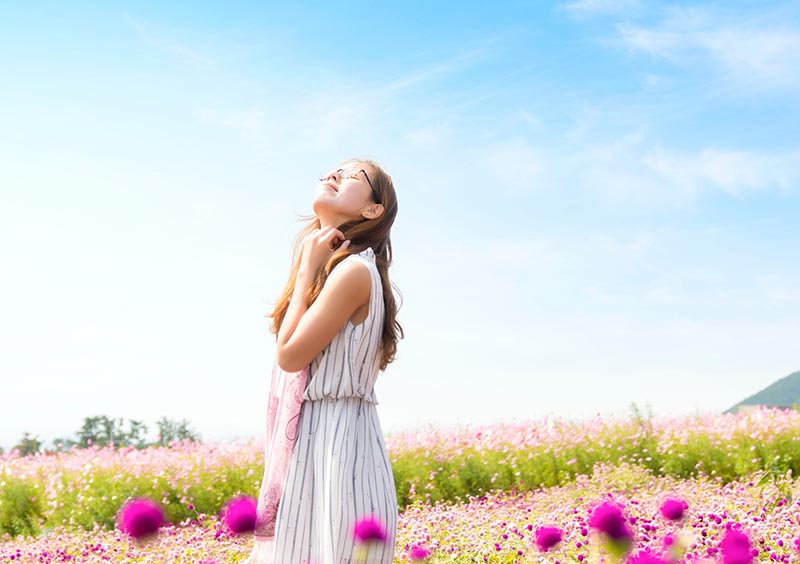 Having a routine helps us manage our response to daily stress. Here are 3 stress management supplements to help you support healthy stress responses in the body.

Magnesium is essential in many functions in the body. Magnesium helps the body produce GABA, a neurotransmitter that is inhibitory and helps us with the functions of rest and sleep. When studied 68% of Americans lack adequate daily dietary magnesium. Natural Calm is a tasty way to boost your daily magnesium levels and promote healthy sleep functions. I drink 1 teaspoon in water before bed nightly! (1)

If you feel physically weak and less productive due to stress, Drenamin for anxiety may be exactly what you need. Drenamin delivers whole-food adrenal support and B vitamins to the body to support a healthy stress response. When studied, B vitamins have been proven to help manage work-related stress. This study showed a reduction of personal strain and reduction in depressed mood within 90 days of supplementing with B vitamins. (2)

If you experience symptoms like allergies and asthma that get worse with stress, Cal-Amo is a wonderfully helpful supplement. Cal-Amo does the job of balancing the pH in the body. Have you ever known someone who had an allergy or asthma attack who felt better with an acidic food like coffee or cola? Exactly! It helps correct an overly alkaline pH, and so does Cal-Amo. Cal-Amo also supports the utilization of minerals and supports the adrenal glands as well. Other symptomatic improvements noted when taking Cal-Amo are reduction in joint stiffness and reduced acid reflux! (3)

If you need supplements for stress relief and to maintain a healthy stress response, please call our office today for natural stress relief help! Your practitioner will help determine which of these whole food stress management supplements is the best fit for you! If you would like to order one or more of these stress relief supplements, go HERE.

These statements have not been evaluated by the Food and Drug Administration. These products are not intended to diagnose, treat, cure, or prevent any disease.

Fend Off Viruses With Anti-Viral Foods And Supplements

Feed a Cold, Starve a Fever?

I remember when I was young hearing the phrase “feed a cold, starve a fever”. But, what does that really mean? The definition of starve is: 1) to kill with hunger; 2) to deprive of nourishment. This does not seem like the best idea. What IS a good idea is to eat healthy foods to avoid viruses (and other immune challenges, too.)

Having a low appetite can be common when you are ill because your digestion slows down when the immune system is working hard. So, if you aren’t hungry, forcing yourself to eat is not necessary. However, drinking adequate fluid is (especially if a person has a fever).

Research is being done with lower carbohydrate diets and illness, and one such study indicates that a ketogenic diet can help with immune system function. (1) This means that eating a diet that focuses on healthy fats, adequate-protein, and fewer grains and sugar could be beneficial to your immune health.

Here Are Foods To Avoid:

These foods are higher in an amino acid arginine which can perpetuate viral load (whereas lysine could suppress viral load). (2)

White refined sugar should be avoided because it is inflammatory and depletes your B vitamins and minerals (which are essential for your immune system).

I did an anti-viral elimination diet and avoided all the foods in the previous paragraph for 3 weeks. With slow reintroduction, I learned what each specific foods did to my body. Almonds caused an upset stomach. Peanuts or peanut butter created cold sores. Oatmeal caused a headache. Now I know what to avoid for myself. You can discover this, too.

The following anti-viral foods and herbs can generally strengthen your immune system. Most of these have high Vitamin A, B Vitamins, Vitamin C, and mineral content.

Other Tools You Can Use:

I look forward to helping you build a stronger body, stronger immune system, and live a healthier life. 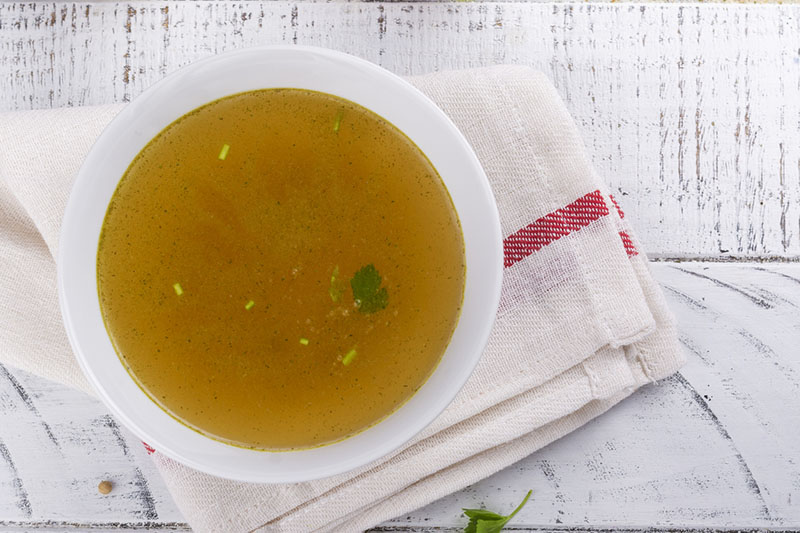 The Healing and Immune Boosting Power of Bone Broth

A healthy habit that supports your immune system is regular consumption of bone broth.

Almost every culture has made use of bones in cooking to get the nutritional benefits as well as to make the most out of precious resources.

Here are some of the health benefits of bone broth for immunity:

During these challenging times of living during a pandemic, it is more important than ever to access as many of the health and immune system benefits available to you as possible. Bone broth is one of the cheapest of those precious resources available to you and has the added benefit of being food as well as medicine.

Now, you likely have more time than ever to cook so break out your pressure cooker, crockpot or stockpot and try it out. Sure, you can buy bone broth in the store, but it’s going to be missing the fat and gel that make it so good for you. Not to mention that it is quite expensive to buy when you can make it at home easily with scraps! Making your own bone broth is good for your immune system and your budget.

You can store the bone broth in the refrigerator for 1 week. To store longer, freeze.

You can use a crock pot or stock pot, but will need to cook for at least 12 hours using those methods.

You can drink this broth plain or with butter and salt. You can also use this as the base for soups, gravies and for braising.

Bone broth can be used for fasts. I have seen dramatic improvements using this type of fast for individuals with digestive issues as in addition to giving the digestive system a rest, it contains those gut healing factors. Bone broth is also a great complement to a keto or carnivore diet. Bone broth is the staple for the GAPS (gut and psychology syndrome) diet and can support a healthy mood and sleep.

I recommend consuming at least 1 cup per day for gut and immune benefits. With the current viral situation we are facing, I advise daily consumption over at least the next 3 months.

For more help on how to integrate bone broth into your nutrition plan and how to access mother nature’s medicine cabinet, contact the office to set up a phone visit. 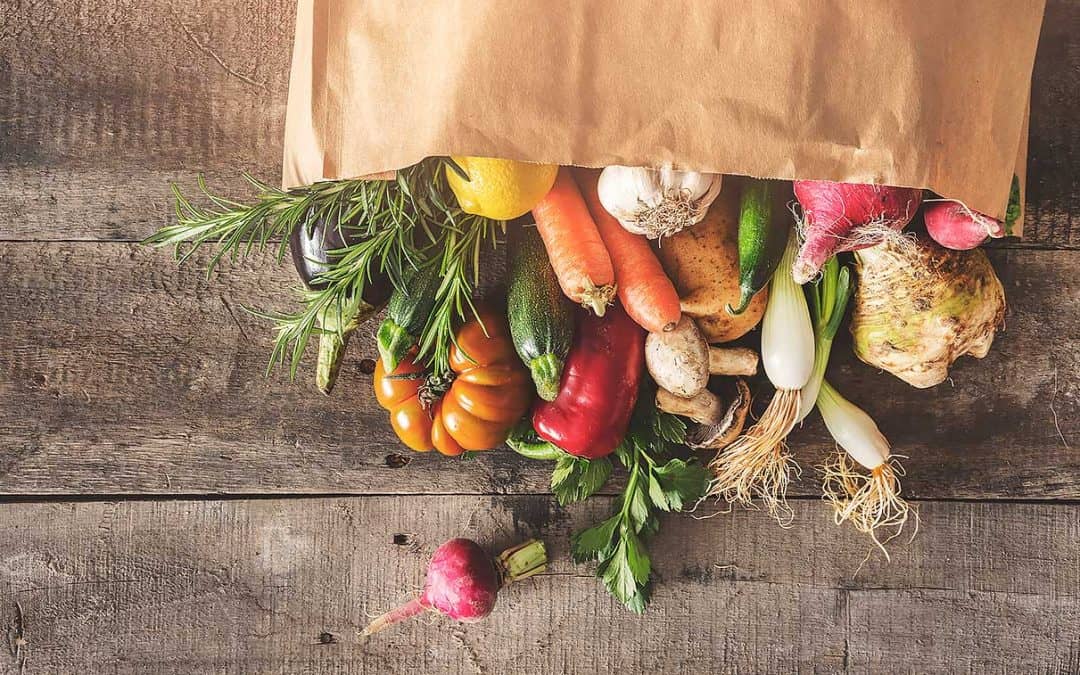 The Anti-Viral Diet to Help Get Rid of Viruses

There are many foods that can flare-up or lengthen a viral immune challenge. These foods are high in an amino acid (a normal component of proteins) called Arginine, and usually low in an amino acid called Lysine.

Arginine is not harmful, but if it is consumed in larger quantities than Lysine, it is known to stimulate viral growth. Lysine is suppressive to viral growth—some people even take it in pill form to prevent outbreaks of cold sores, etc. (Our practitioners can determine if Lysine supplements would be helpful in your case, or if other immune support would be more helpful).

(The following list of anti-viral foods to avoid is a suggestion, and not all of the foods will affect all people).

*Avoiding sugar means avoiding natural sweeteners such as honey or maple syrup. Two exceptions are Pure Stevia and Monkfruit with no added sweetener like erythritol or other sugar alcohols. No sugar also means no sugary drinks, including fruit juices.

You’ll see that there are a lot of nuts and seeds in the AVOID list. There are also three vegetables to avoid: onions, brussels sprouts, and corn. This is because they’re high arginine foods to avoid.

As with any immune challenge, limiting SUGAR is essential to strengthening your immune system and speeding up recovery. Sugar feeds all the bugs: viruses, bacteria, fungus, and parasites.

The Anti-Viral Diet is very powerful, and is more important than any supplements, herbs, or drugs in your quest for improved health (although done in conjunction with anti-viral, food-based supplements, you’ll have quite a potent healing combination).

There was a woman who was a patient of mine back in 2008, and her stomach was very sensitive; she couldn’t take any pills. She would get dizzy often, and that dizziness would sometimes turn into vertigo (dizziness is sort of being off balance, whereas vertigo is like the earth is repeatedly flipping you upside down). I found a viral immune challenge in her stomach and in her ears with the biofeedback technique we use. She couldn’t take my supplement pills due to her poor functioning stomach. I put her on the Anti-Viral Diet, and within four months she was extremely happy—her symptoms were gone! She was well, she was better: it was fantastic. She stopped coming in for appointments, but I ran into her a few years later at the grocery store and she said she was still doing the diet (it isn’t always a  requirement that you do it forever!), she was still doing well, and her symptoms had not come back.

Viruses can cause all types of weird symptoms: skin rashes, fatigue… the virus can be stuck in an organ, causing the organ to cause the symptoms that that organ causes. We use the Anti-Viral Diet all the time at the office and get people better by its use quite often, so we’re big fans of it.

So if you feel like you’re not getting to the cause of your fatigue or depression or something like that and you think it might be a virus, you can do blood tests. You can run panels for these strange viruses, viruses called retroviruses, which stay in your body for a long period of time and cause trouble the whole time, though they might lay relatively dormant or your symptoms might be less or nonexistent for periods of time. Epstein-Barr virus is an example of that. Cytomegalovirus is another.

It typically takes many months to knock the viruses out.

One of the kickers about viruses is they live in your cells, whereas bacteria and fungus and parasites live around your cells. If you’re on anti-viral supplements, drugs, or herbs, and you’re doing the Anti-Viral Diet, and let’s say the virus is in your heart or in your brain or in your liver, it may take four months or it may take six months or it may take a year—but this virus might very well have been hiding in your body for years, flaring up from time to time, making you sick, causing problems. That’s why this is important.

So there’s the tool. Now you have it.