Hi, I’m Kristen Clore, I am a holistic health expert here to help you make bold changes to your life in order to achieve the health, happiness, and independence you have always wanted. I am known as an Occupational Therapist and Nutrition Response Testing Practitioner and it was through my own Nutrition Response Program, that my life was truly saved, and my health was restored to better than it ever was in my lifetime.

Digestive, neurological, and other health problems exposed themselves early in my life. As an infant, I was diagnosed as “allergic to dairy” and I was switched to soy formula. I spent my first birthday in the hospital diagnosed with jaundice. By two years of age, I had my first grand mal seizure. After the age of 2, these health problems did not outwardly affect me for most of my childhood until I reached the middle school when at birthday parties, I usually became overwhelmed and had seizures. By the time I was in the 7th grade I was on 4 medications with uncontrolled seizures and my health continued to decline. At this point, when my hormones began to rapidly change, my body could no longer compensate. My diet had also changed significantly from elementary school when I had primarily whole food meals, to middle school when I was allowed to choose my lunch from the cafeteria, and it significantly consisted of sugary processed foods, refined carbohydrates (mostly cheese pizza), and a significant amount of dairy which we believed I had “grown out of.” My health took a steep decline with seizures on a regular basis and my skin became very acne prone to large cyst type acne.

I was under close supervision by my neurologists, on 4 seizure medications, and ultimately ended up hospitalized with a critically low platelet count. My priest visited and gave me the sacrament of the sick, a prayer for those who are dying; I was only 11. Doctors were concerned that I would begin uncontrolled bleeding because of a critically low platelet count for an unknown reason. They removed me from my medications and started me on one pediatric medication to replace the 4 that I had been taking. Before a “last ditch” effort to save my life by removing my spleen, my platelet count rose from 2,000 to 79,000 in less than 24 hours, without medical intervention or explanation. The doctors attributed this to a “miracle” and told my family to thank our priest for his work and admitted there was nothing they were able to do to help this happen. I knew at this point, I was on a great journey to do amazing things in my life.

I continued with many medications through my life, and in my mid-twenties, I was now eating better, avoiding dairy and wheat, but was having multiple allergy and digestion problems. I broke out in hives over my whole body many times. My doctor and specialist were unable to resolve the situation with anything other than steroids. Every time I weaned off steroids, my adrenals were unable to engage, and I broke out in hives again. Allergies and hives began to rule my life and my pocketbook. In order to stay off of steroids, I tried every cream, herbal remedy, and over the counter medication or mists that I could find to help repair my body; which ultimately took a toll on my thyroid as well.  Over the years I spent thousands of dollars looking for something over-the-counter to help.

When I was 28 years old, I met Dr. Darren Schmidt and went under his care. My allergies and hives were resolved! I began following his direction for my diet, as a result, my overall health is better than ever! With time and commitment to my program, seizures and stress are of the past!  All of these ailments, seizures, acne, irritable bowel, anxiety due to my seizures, and social isolation due to physical inability no longer plague my life. I’m happier and feel better than ever! As an added bonus, I have lost 40 pounds and have no more pain in my joints!!

Kristen Clore OTRL, CWC is an occupational therapist, certified wellness coach, and nutrition response testing practitioner. She has a holistic approach to overall health and well-being. As an occupational therapist, Kristen works to help restore her patient’s cognitive and physical function to achieve independence in daily activities that improve the quality of life. At the Nutritional Healing Center of Ann Arbor, Kristen helps patients to reach their full potential through individualized whole food nutrition programs developed using nutrition response testing. 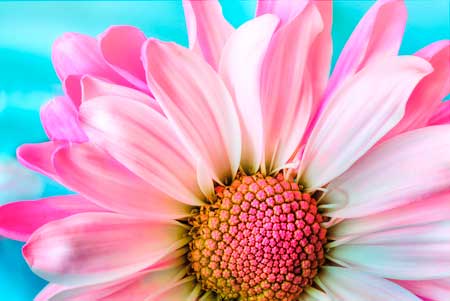 I was looking at new options to help me with my rheumatoid arthritis. My hands would get stiff and fingers may swell. I was still eating wrong foods and clenching my teeth.

Now I am 20 lbs less than when I walked into The NHCAA. I eat a protein breakfast and I also learned new foods to eat, feel better, and which foods not to eat. My hands have definitely improved, they don’t hurt anymore and no clenching my teeth.