In 2006, Dr. Bensaid was diagnosed with PCOS. Even with several medical treatments, she was never able to have control over her health condition, leaving her in excruciating pain, with several trips to the ER.

After starting her Nutritional Program at the NHCAA and completely changing her diet, her symptoms disappeared in less than 3 months. She is cyst and fibroid free ever since.

Her mission is to help patients take care of their health naturally and help parents have healthy pregnancies and healthy babies.

Dr. Bensaid came all the way from Africa. Originally from the beautiful country of Morocco, her first trip to the USA was as a very young teenager, in a mission, to help kids her age and younger get their smile back.

She volunteered with Operation Smile in several countries and assumed different roles from translating medical information, offering support to the families to assisting nurses and doctors preop and postop.

She started taking interest in the healing power in Nutrition after she completed a summer internship assisting Type 1 Diabetic kids and their family with their diet plan.

She attended the first, ever held, European Seminar of Naturopathy and got more answers in a 7 days seminar then she did in her 7-year experience with the medical field.

Dr. Bensaid graduated as a Naturopathic Doctor from Trinity School of Natural Health, and she is currently finishing the equivalent program in Europe and preparing to take her exam to be certified Iridologist from the International Iridology Practitioners Association.

She has been Dr. Schmidt assistant since 2014 and was trained personally by him on his Follow The Physiology technique.

She is fluent in French and Arabic. So for anyone who speaks these languages and would like our nutrition guidance and service, Taggy can take you as a long distance patient. 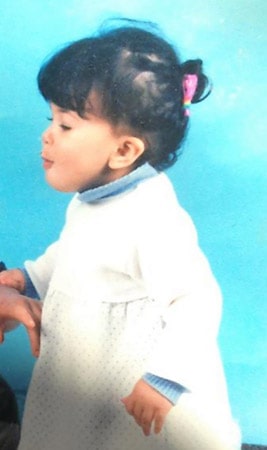 I WAS A VEGETARIAN (FOR PRETTY MUCH) MY WHOLE LIFE

I started my treatment protocol with Dr. Bensaid 7 weeks ago. The difference in my health has been life-changing.

I was a vegetarian for pretty much my whole life and then raw vegan since 2017. I felt like my body was very quickly breaking down and becoming weak and I was losing muscle mass and connective tissue rapidly. Nothing showed up in my Doctor’s blood tests except a lack of vitamin D.

I contacted the NHCAA and had the great pleasure of speaking to Dr. Bensaid. She is so in tune with the human body that immediately she was was asking me if I had symptoms that I never even knew I had. We spoke about my diet and I started eating lots of liver and red meat and fats. My strength and stamina and muscular structure slowly started to come back. I felt more sturdy and solid and calmer just from a change of eating. My energy levels went through the roof making my workouts much more intense and longer.

The supplements I was given are only enhancing every aspect of this new eating regime making my body feel the best it’s ever felt. Some ovarian cysts I had are literally dissolving and my body feels less calcified and more fluid. I’m eating less, going into ketosis, and allowing my body to heal through intermittent fasting which is so easy if you eat lots of fat. When I get a carb craving, I eat some fat and now carb cravings are gone.

I have two sometimes one meal a day because the satiation from eating this way doesn’t call for any more food keeping my insulin spikes low which also benefits the healing.

I’m so impressed with the NHCAA and Dr. Schmidt and all of his free youtube content which absolutely works. Dr. Bensaid is a pleasure to work with. She’s intelligent, incredibly learned about the human body, and how it can work optimally and after each conversation, I feel even more enlightened by what she shares with me.

I’m so grateful to be on this healing journey with the incredible team at the NHCAA. Now if you could all move to the UK that would be awesome.

In early February of this year I received a technus shot at my local doctor’s office. About two weeks later, towards the end of February, I started feeling really bad. I felt so bad that I ended up having to go to the hospital. I was in the hospital for about a week in early March. During that time, the doctors ran all kinds of tests, but could they could not figure out what was wrong with me. I did my own research during this time and discovered that all of the symptoms I was experiencing (fever, sweat & chills, nausea, diarrhea, lack of appetite, muscle cramps, abdominal pain, etc.) were all common symptoms of someone who has a bad reaction to a technus shot. When I tried to bring up my research to the doctors at the hospital, particularly the infectious disease doctors, they rejected any notion of my problems being the result of a technus shot. I ended up leaving the hospital without a proper diagnosis. They still could not figure out what was wrong with me.

Upon coming home from the hospital, I got in touch with Dr. Bensaid. My wife had seen videos by Dr. Schmidt and told me about his center. I began consulting with Dr. Bensaid who explained to me that when I received the technus shot, a bunch of bacteria was injected into me. She began an aggressive supplement schedule to fight off the bacteria as well as rebuild my compromised immune system. In addition to that, she put me on an anti-viral diet that was designed not to give the bacteria what it desires most to live off of….sugar!

I began taking the supplements and implementing the diet at the end of March, and a month later, I am completely back to health! All of the symptoms that I had, including the fevers (which lasted the longest), were gone! I finally feel like myself again! I thank Dr. Bensaid and the Center for helping to get well and also learn a much better way of eating! During the whole process I have lost 44 pounds, and feel much, much better! Thank you for your help!

G. C.
In mid-September 2019, I was diagnosed with breast cancer. Upon receiving this devastating news, I contacted the Nutritional Healing Center of Ann Arbor (Dr. Taggy Bensaid). I had referred a patient to her that she successfully treated; I learned of NHCAA surfing YouTube trying to find a reason for an ailment I had a year ago and came upon Dr. Darren Schmidt’s YouTube channel.

Surgery was scheduled for mid-November and a mass of 6mm was taken from me. The surgical oncologist commented to my husband that the cancer she removed felt weird. I am certain that the supplements were not only attacking/killing the mass, but they also caused it to shrink by 2mm!

If you are diagnosed with breast cancer or any other cancer, there are other options! I have chosen not to do the recommended radiation and continue the Vitamin C IV infusions; weekly for eight weeks post-surgery and bi-weekly four months after that and remain on the regimen of supplements that were prescribed before surgery for the next three months. While results may vary, going the natural way has been better for my overall health; it’s changed my eating habits, I’m not going through the immediate side effects of radiation, I don’t have to worry about longterm side effects of radiation, and my prognosis is good (4% chance of reoccurrence in the next nine years).

I’ve gotten the cancer out of my body and I haven’t felt more energized, sleep is better, healthier (down 38 lbs.), and I’m thankful that I found NHCAA and Dr. Taggy.